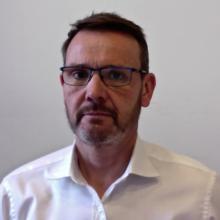 Duncan Bonfield, who joins IFSWF as Director of Communications on 1 March 2016, is a highly experienced professional who has led communications at a number of leading businesses.

Most recently he was Director of Corporate Communications at Land Securities plc, a member of the FTSE 100 and the UK's biggest listed property company. In this role he led the company's relations with leading stakeholders including investors, media, politicians and employees. Prior to this he led communications at Network Rail, which owns and runs the UK's railway and is responsible for more than 1 billion passenger journeys every year. In previous roles he was Corporate Affairs Director for BAA, responsible for Heathrow, Gatwick and Stansted airports and was leading its investor relations during its takeover in 2006 by Ferrovial.

Duncan has a Bachelor's Degree in Politics from Bristol University.