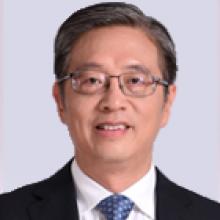 Mr Tu Guangshao was formerly the President and Vice-Chairman of China Investment Corporation (CIC). With rich experience in international investment, he is reputable for his work in the financial internationalization of China and the reform and development of China’s capital market. That makes him well-positioned to advance the development of the IFSWF and help its members expand access to China’s market.

Mr Tu has 20 years of experience in the regulatory system. He started to work on building China’s capital market in 1989 and held several key positions, including Vice Chairman, Secretary-General of China Securities Regulatory Commission, and General Manager of the Shanghai Stock Exchange. In his work, he actively navigated the development and reform of China’s capital market and enhanced international financial cooperation.

Mr Tu joined CIC in 2016, piloting CIC to march towards becoming a respected sovereign wealth fund. As of end 2017, CIC had successfully attained the 10-year performance goal set by the Board of Directors. Mr Tu holds a master's degree in economics from Peking University. He also serves as Industry Supervisor at the PBC School of Finance, Tsinghua University.